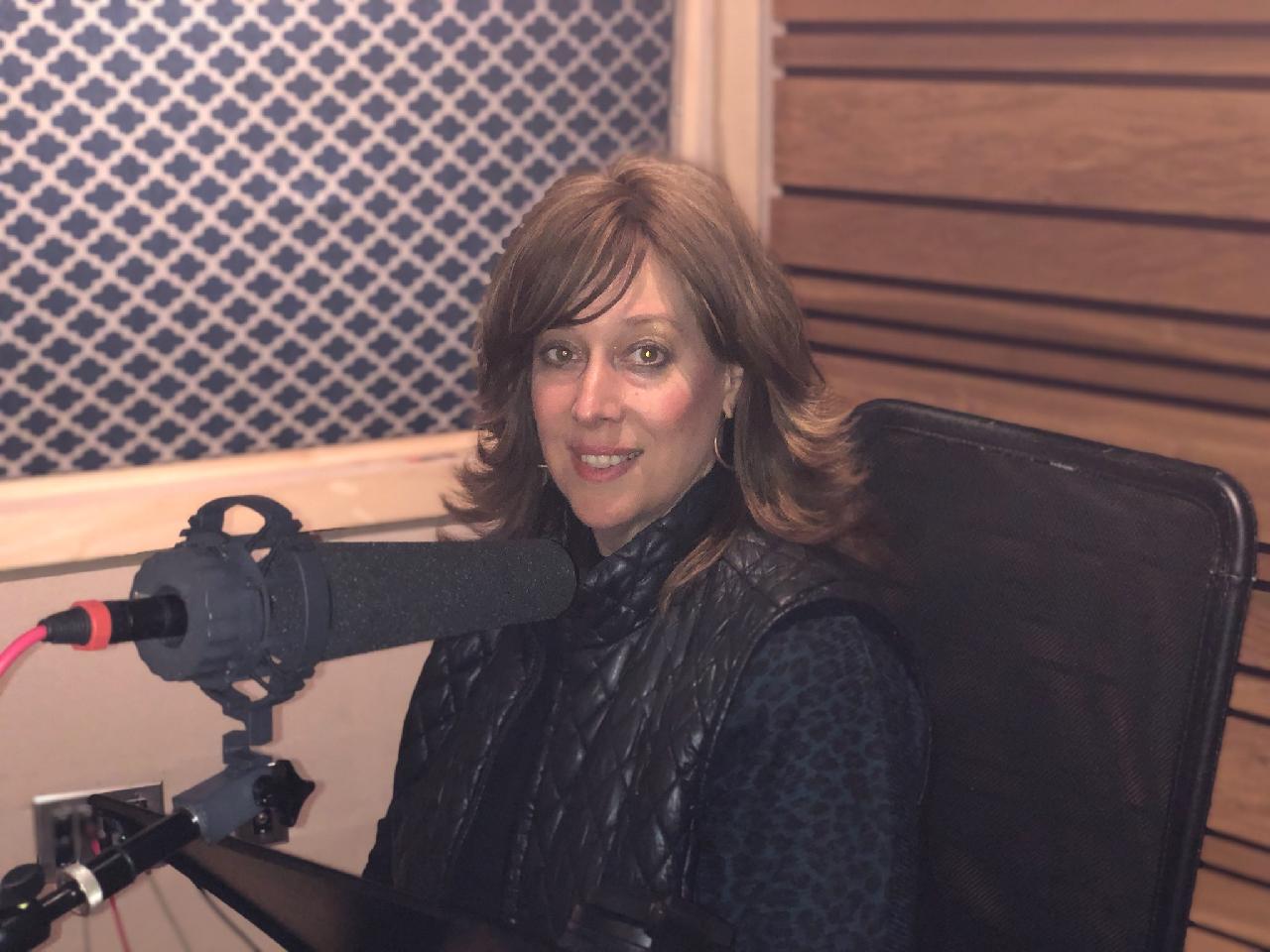 It has been a long time since I last took a seat in the recording studio … as the producer and host of a Sunday night live radio program that aired in the Mid-Atlantic States. That was at the radio broadcast station (105.7 FM) in Towson, MD. Now I was in the custom-built Bel Air, MD studio of audio producer and sound engineer, Jamie Cerniglia. 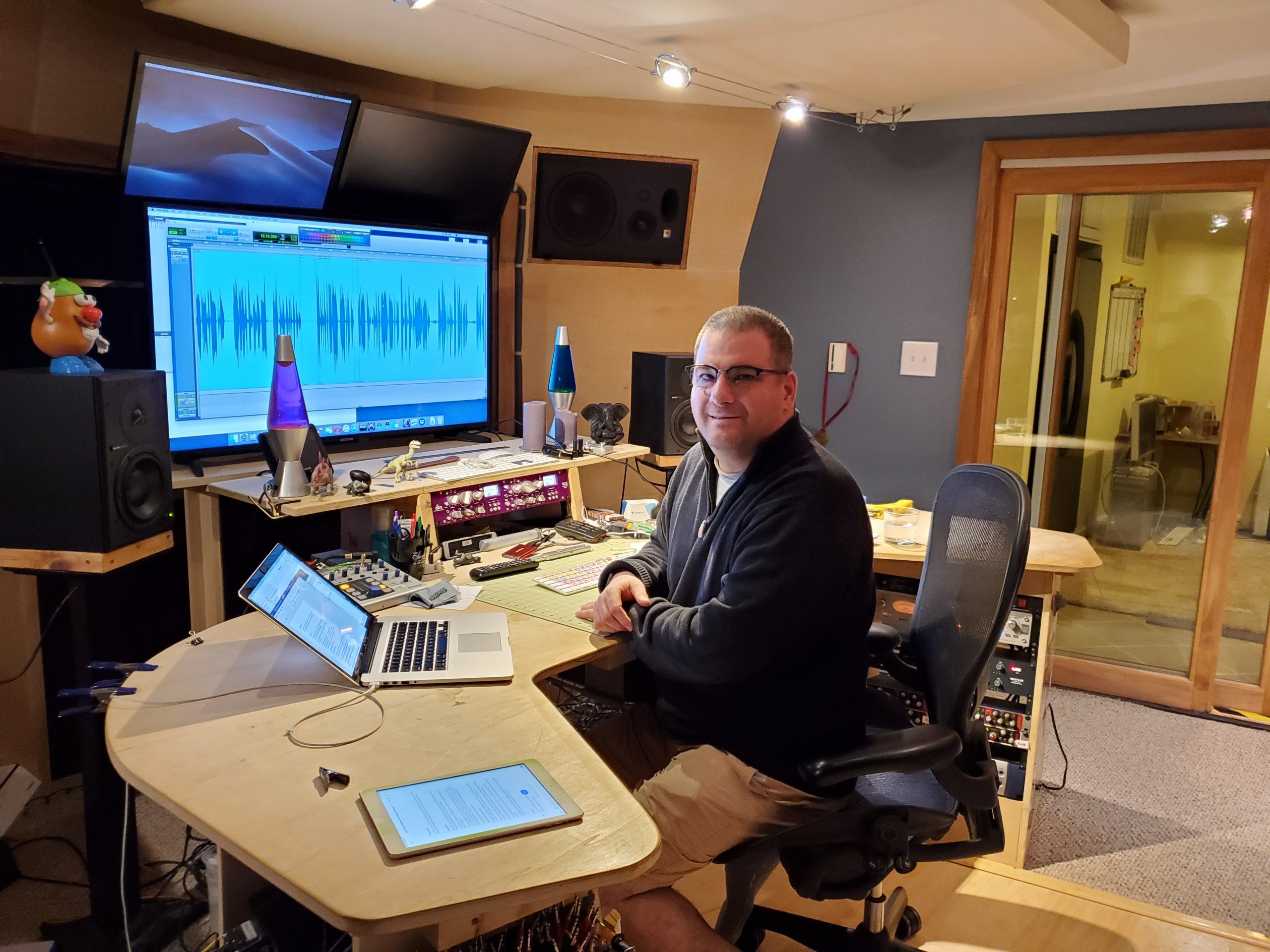 That was a live radio program featuring interviews around social and educational initiatives. This was being recorded for my audio book DARE TO MATTER: Lessons in Living a Large Life. Both were painstaking efforts to produce and contribute something of value. Back then,  I prepared each week for the radio program and kept handwritten notes on the desk in front of me. Now, I read from  my PDF manuscript on an iPad. Radio was live; there was no editing and pausing. Here, I could and would have to stop many times to re-record a line that did not cooperate with me. Often, I would catch it, while Jamie chased it at other times. In fact, when all was spoken and done, he had 30,000 edits to do. Who says the spoken word is simple?

I cannot really say why the mike feels natural to me. Almost as natural as the pen in my hand.

The first recording session would last three hours, enough time to record the preface and two chapters. The second session was about the same, but was harder as I battled a fever and a lingering cough which Tylenol, bottles of water, and cough drops eased me through.

“Ben, ” I told my editor and publicist, “There is something powerful about recording one’s own story. I didn’t expect that.”

It was also intense, because the story itself was. I wondered more than a few times if I’d just resort to a pesky little habit of mine, to curtsy out of the remaining project, claiming that it didn’t matter much anyway. And that it was too strenuous  to sit there for hours at a time, drawing myself into the appropriate emotional space needed to tell the story. I did have an advantage, though. I wasn’t merely doing a voice-over, as I had been professionally trained to do. I could hear the voices inside my head. Yes, they were the voices that traveled through my pen onto my hungry page. I knew how they sounded. Some were so  hurt and cried deeply. Others laughed right out of my belly.

And one other thing: This was a story about mattering. I knew that I would need to finish the effort because judging whether or not this work mattered was not an indulgence I was willing to take, Not now, not with this. It took me four years to get here.

I think you will understand how reticent I was to share this preface with others. But, there were a few individuals whom I trusted to guard its spirit, and mine. I asked Leah if I could share her reaction. 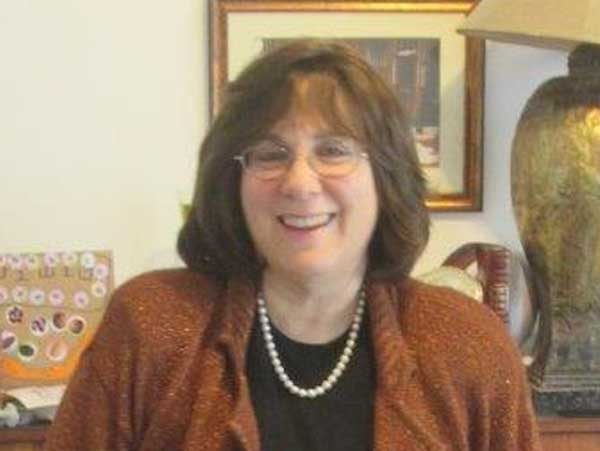 It doesn’t happen too often, but I am speechless! I am just in utter shock after listening to the preface of Dare to Matter. I’m in shock because I was so blown away by your words – so moved, so respectful, so awed by your message. I can only imagine what the book itself must be like. I expect that people will flock to the bookstores to buy this book.

From just the preface I can see how it touched a chord in me. Your words are profound; they reached to the deepest corners of the psyche and brought up issues that we all deal with, but that no one really talks about– in such gentle, deeply perceptive and complex ways. I am waiting for the book and have the definite feeling I will learn so much from it and be changed by it. When/how can I buy it? Will it be available in bookstores in Israel? And if it can be  translated into Hebrew, then Hebrew speakers can read it as well.Thank you for letting me have the privilege of hearing this brilliant and transforming preface. 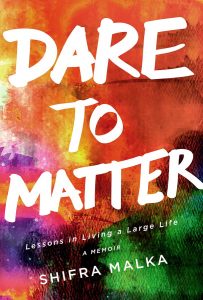